In a recent article by Peter Adriaens on Birding Frontiers, a new supporting micro feature was suggested for distinguishing adult American Herring Gulls from European Herring Gulls. It was recently commented upon by Maarten van Kleinwee on his blog Gulls to the horizon based on a selection of great photos.

The supporting character is a grey mirror found on the underside of P9 or P10. It is described as a somewhat isolated grey spot or grey hole inside the black pattern on the underside of P9 or P10. The grey spot is either completely surrounded by black or seen as a grey cut which is open towards the base of the feather. It may be present in both wings at the same time or only in one of the wings.

The feature is apparently rare in European Herring Gull, but has been seen in a few hybrids (or backcrosses) of Glaucous Gull x Herring Gull in Iceland. When looking through my photos of apparent pure European Herring Gulls, I came across this individual which was seen on February 11, 2013 in Vesterø Harbour on the island Læsø in Denmark. It represents the only European Herring Gull that I have ever documented with such a small grey ‘pseudo-mirror’. Note that it is present in P10 on left wing only. 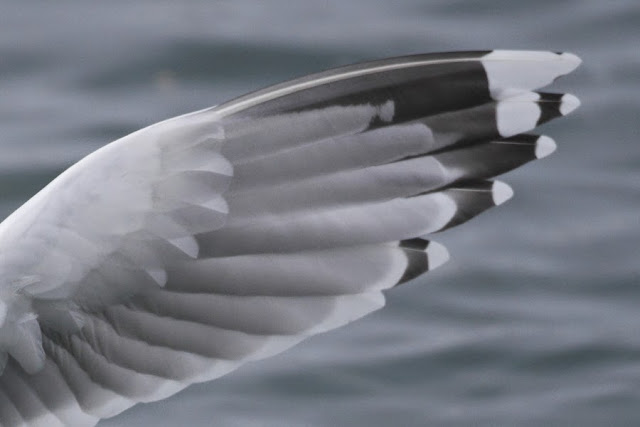 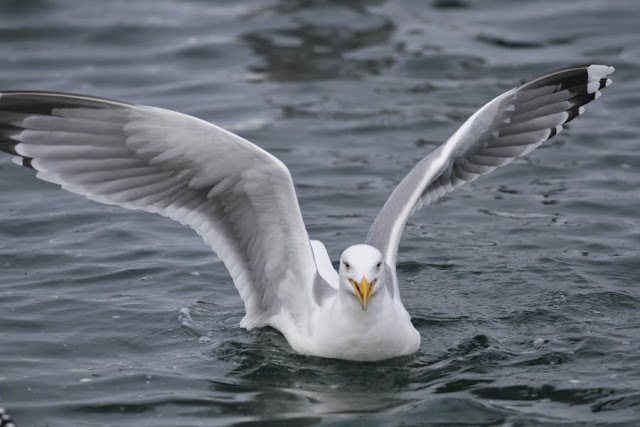 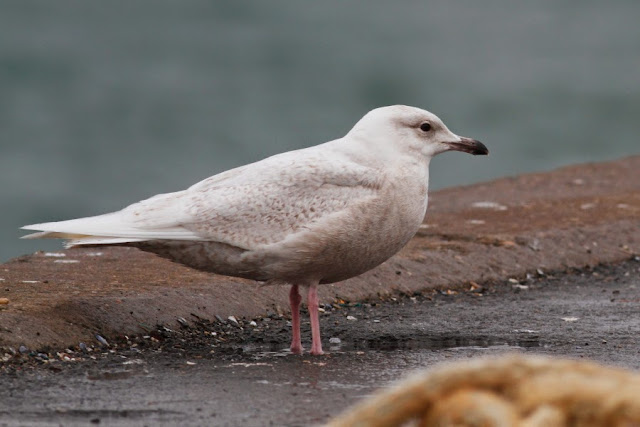 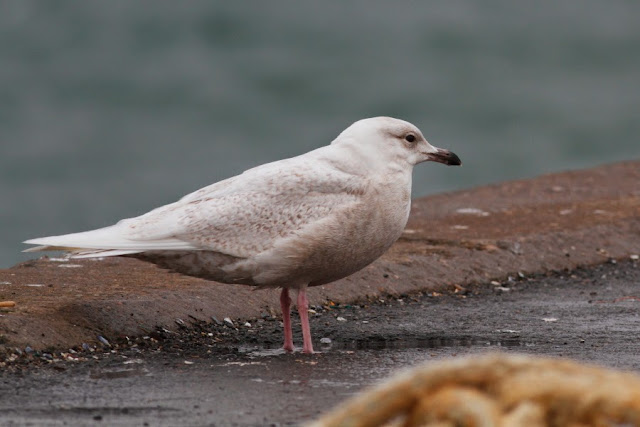 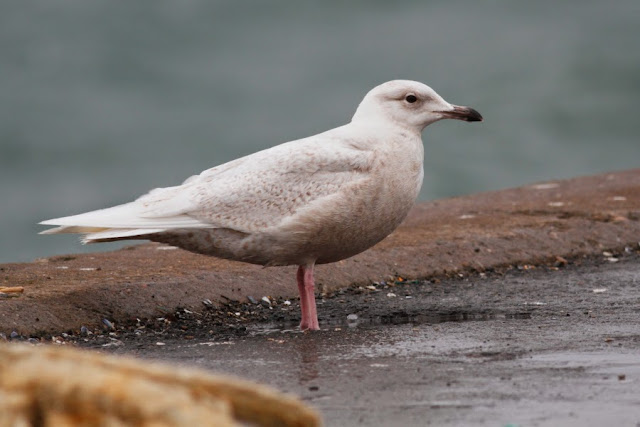 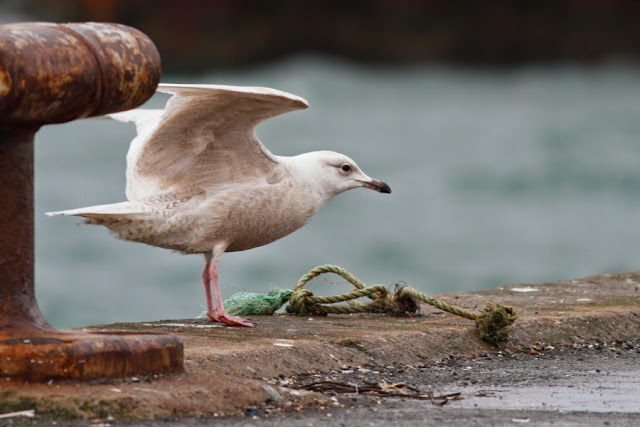 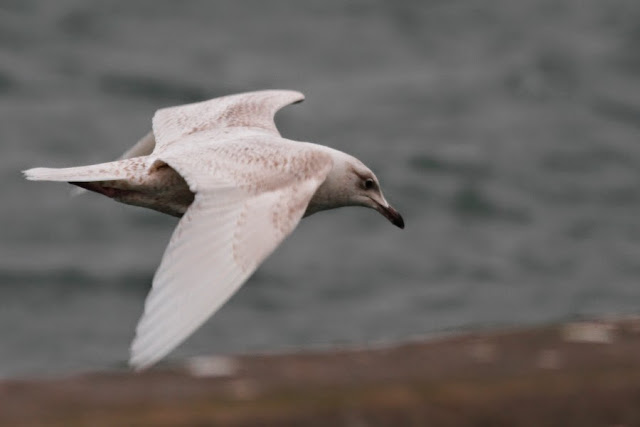 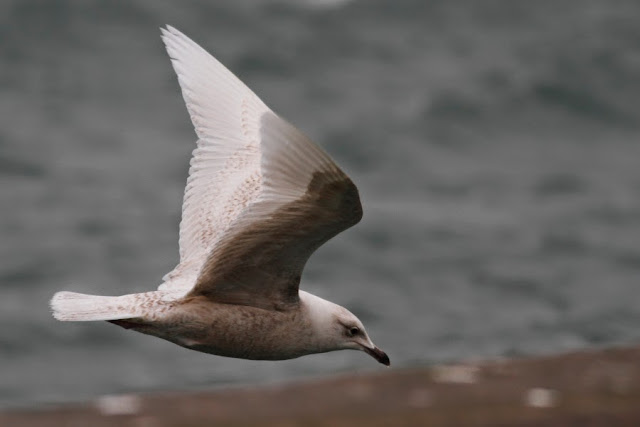 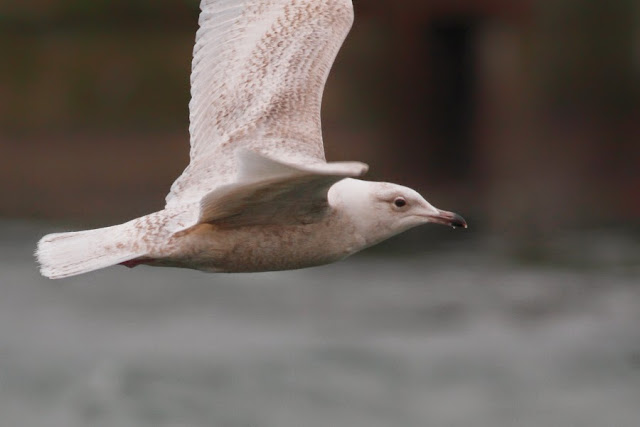 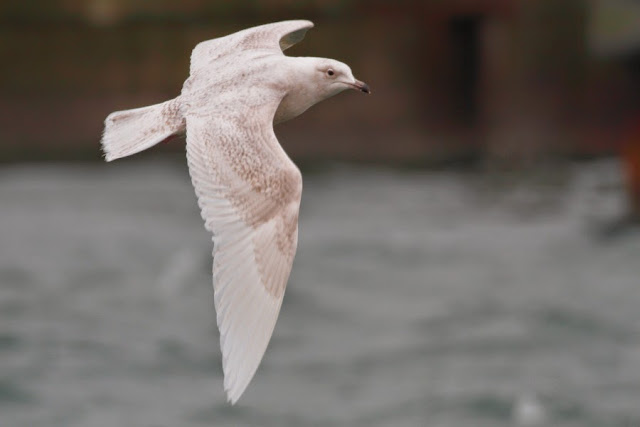 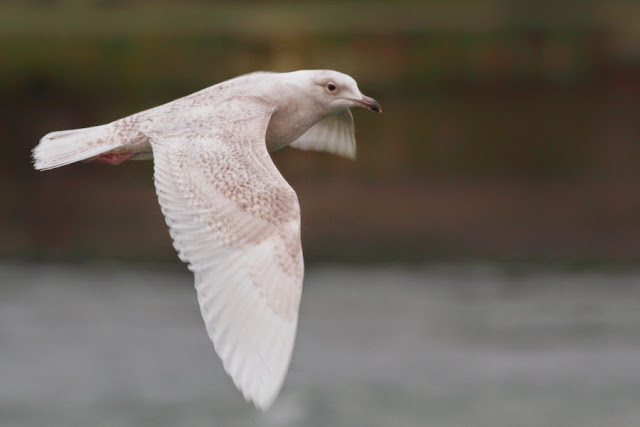 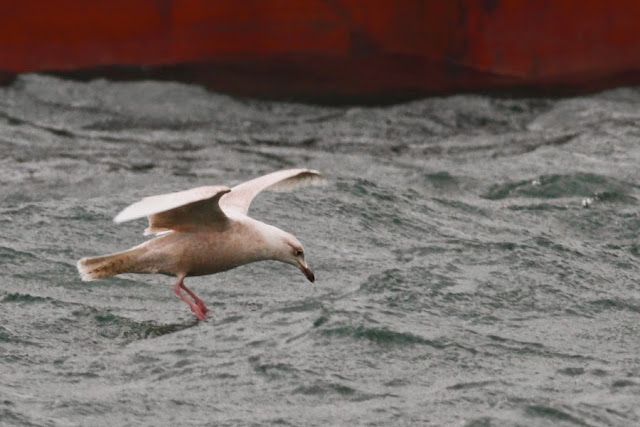 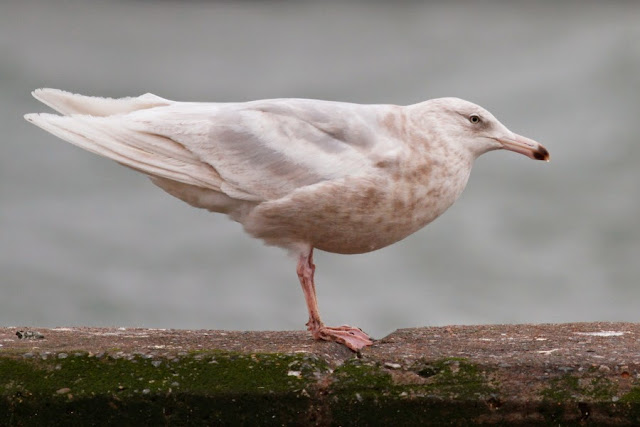 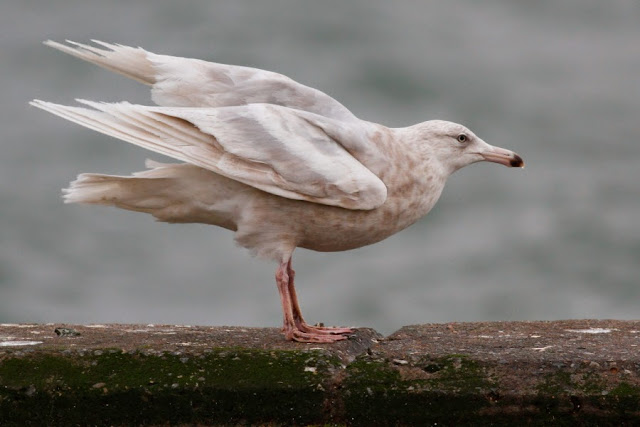 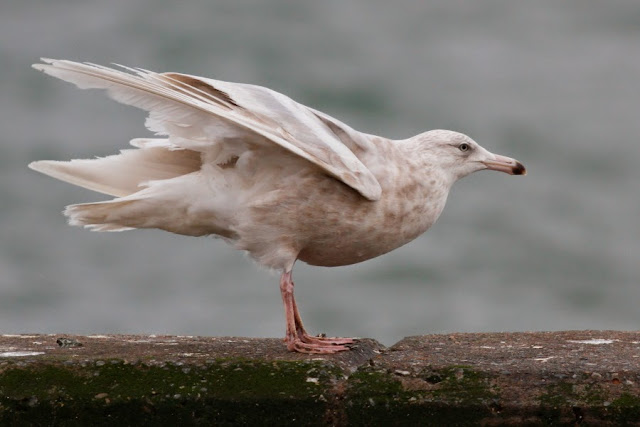 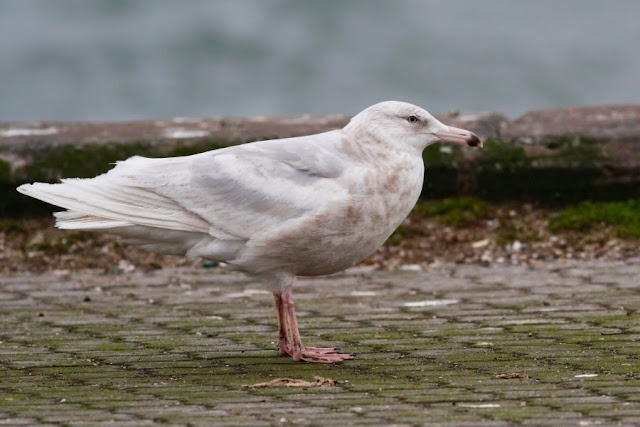 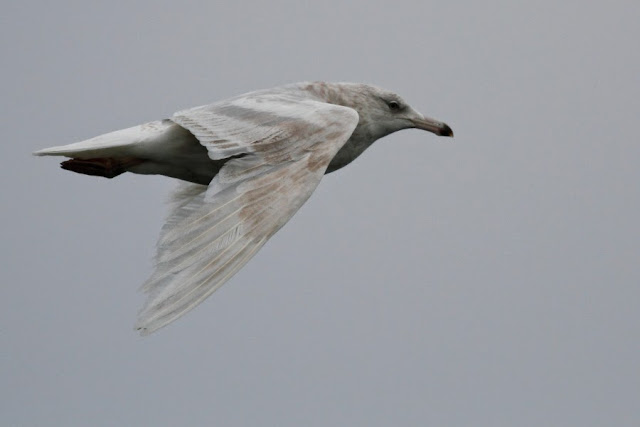 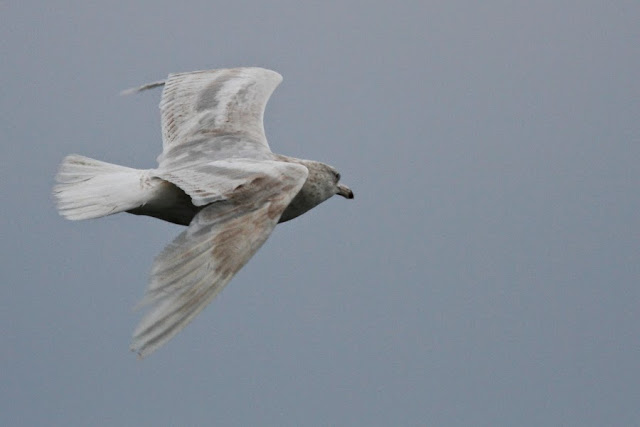 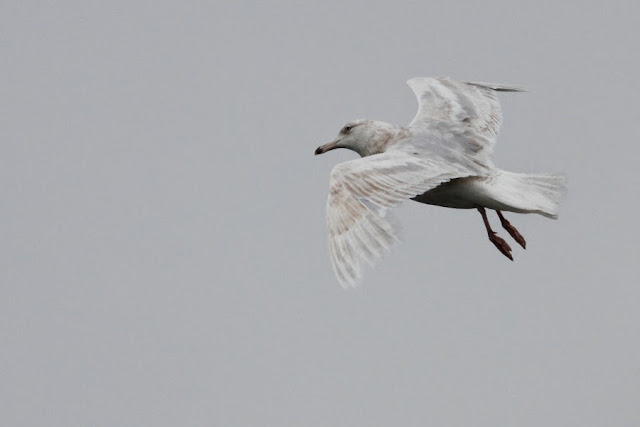 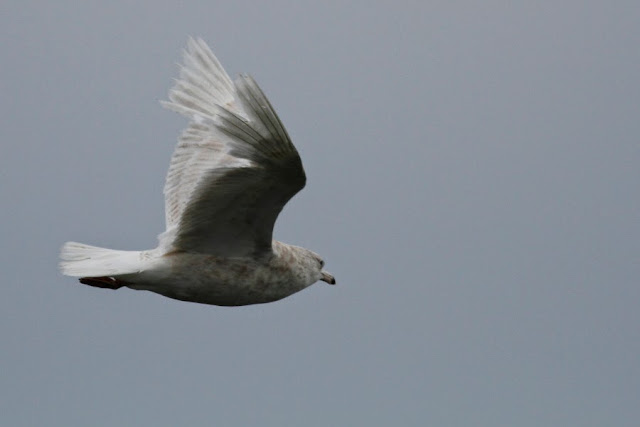 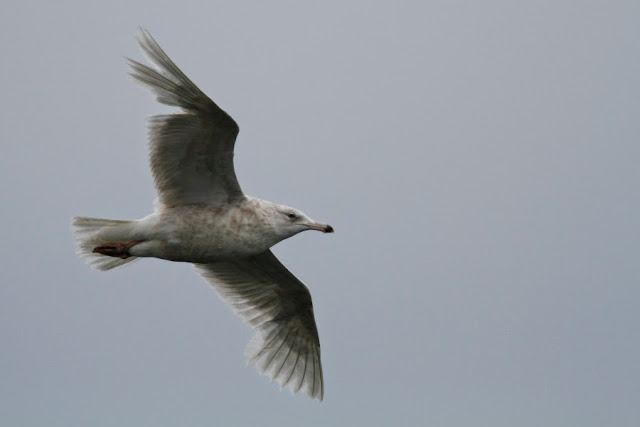