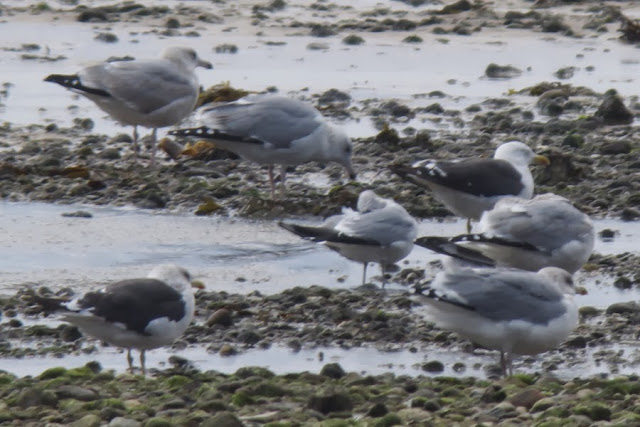 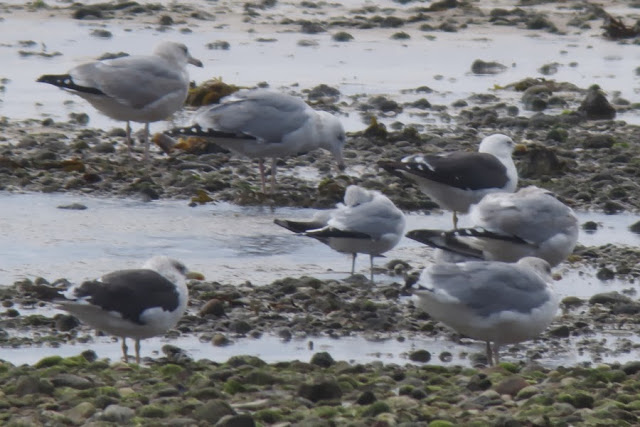 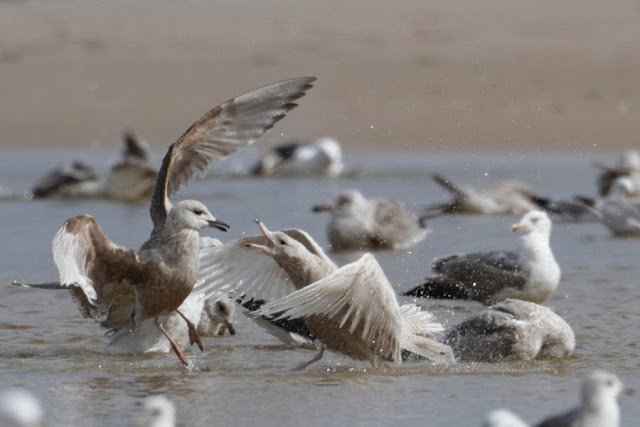 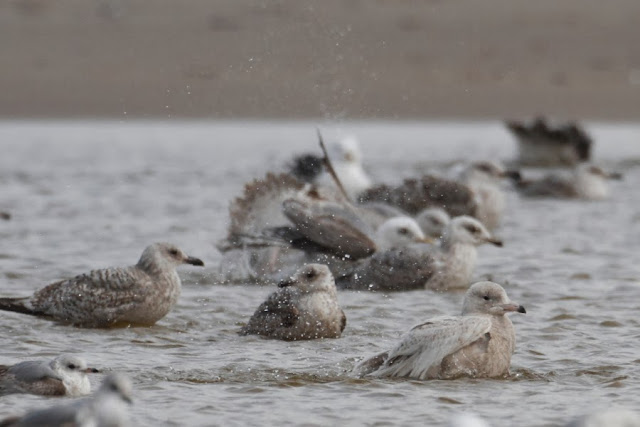 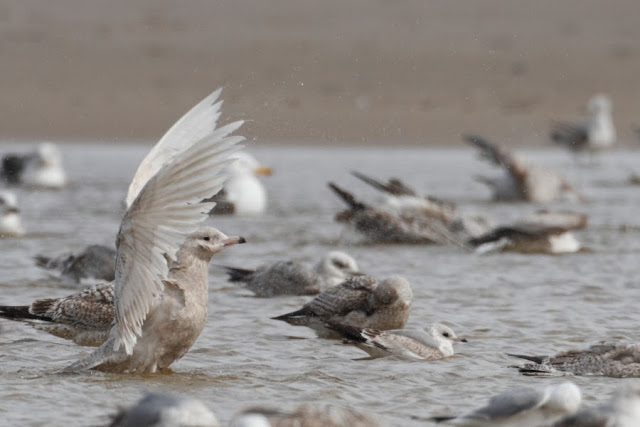 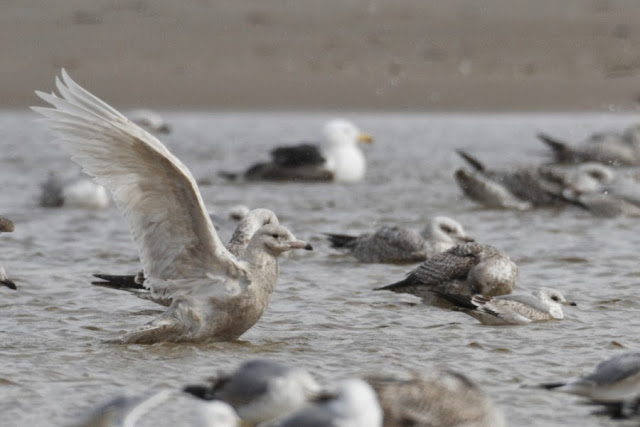 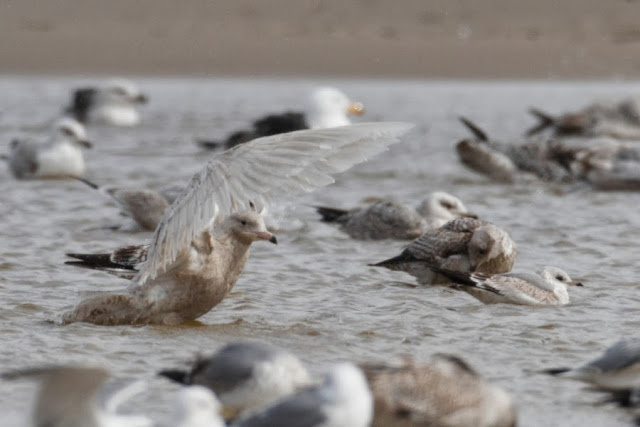 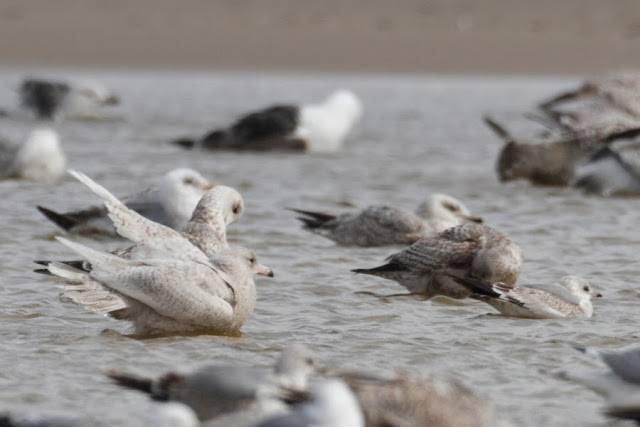 A final presentation of the much debated Danish gull

Kumlien's Gulls from the North Atlantic: How pale is too pale?

Kumlien’s Gull has a remarkably variable amount of pigment in the primaries with individuals repeatedly claimed to be ranging from being completely white-winged, where some individuals may be indistinguishable from glaucoides Iceland Gull, to have so much dark in the wings that based on primary pattern alone they are indistinguishable from Thayer's Gull (Howell and Mactavish 2003). Such remarkable variation seems to support the belief that Kumlien's Gull is in fact the result of a hybrid swarm.

Because glaucoides Iceland Gulls are described to never have any dark markings of any kind in the wings as adult, it should therefore be straightforward to indentify an adult Kumlien’s Gull when it has some amount of dark coloration present in its primaries. But when I examined some of the Iceland Gulls in the tissue collection at the Zoological Museum in Copenhagen, I realised that things appeared not to be that straight forward after all. I found several individuals with either some distinct light grey marbling beyond the grey basal portion of the feather or a very small amount of actual dark coloration on P10 and thus began to think of how pale is too pale?

In the pale end of the Kumlien’s Gull spectrum some individuals may appear to have pure white wing tips when seen at distance and thus based on primary pattern alone they are indistinguishable from glaucoides Iceland Gull. But when seen on close inspection some individuals do actually show some degree of faint dark pigmentation.

The question is whether having dark grey running along the grey tongue and without any dark on the outer web is within pure glaucoides Iceland Gull or if such individuals are in fact pale Kumlien’s Gulls. I believe the latter is the case.

All individuals have been collected in West Greenland or on the Faroe Islands between autumn and spring migration and are therefore not necessarily part of the Greenlandic glaucoides breeding population, but could in fact be dispersing individuals originating from within the established range of Kumlien’s Gull.

Note the distinct division between the white tips of the primaries and the grey centres in this individual. The outer webs on at least P10 also has some faint dark colouration and thus have a very similar primary patter to this Kumlien's Gull from Newfoundland.